Creeden finds his way back to the top spot 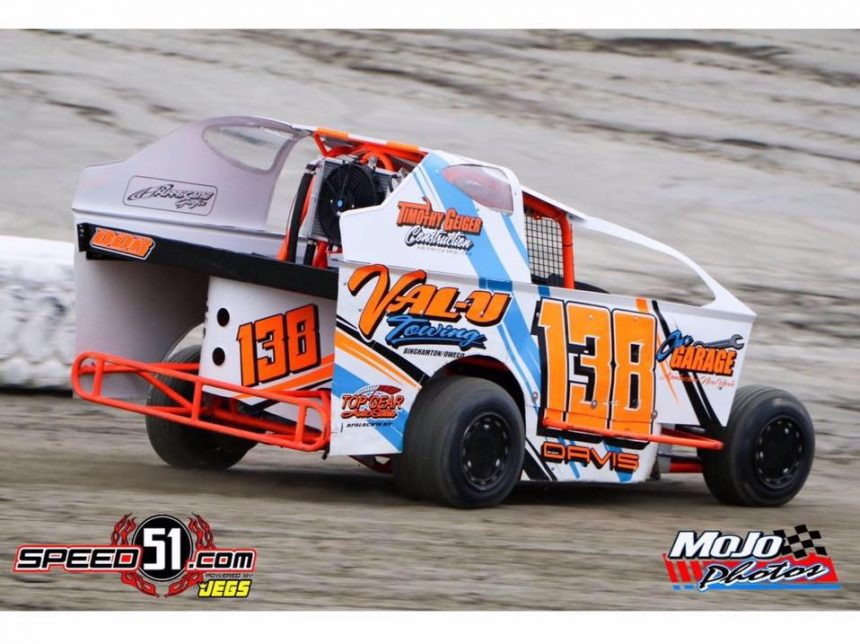 Center Lisle, NY – Saturday night brought with it beautiful weather, exciting two and three wide racing and some new winners.  Dana Davis, #138 600cc Modified, led an exciting race holding off Chris Jordan and Byron Worthing for his first win at Thunder Mountain.  Modified driver Danny Creeden clawed his way back to the top after a disappointing finish last weekend.  Brian White put his #56 machine in victory lane after dominating the Open Sportsman class from the front row.  Instituting the use of the Cam Doctor has evened out the playing field in the Crate Sportsman class.  Kenny Hammond and Mike Nagel Jr. battled side by side for much of the Crate race with Hammond taking advantage of the high side to land in victory lane.  In the Street Stock division, Lanson Albanese made a stop in victory lane in a hard fought battle with Damon Decker who put serious pressure on him for most of the race.  Will Ward topped the field in the IMCA division.  A.J. Williams pulled a back to back win in the Rookie Sportsman class.  The 4cyl. Stock win went to Kenny Underwood.

Thank you fans and drivers!